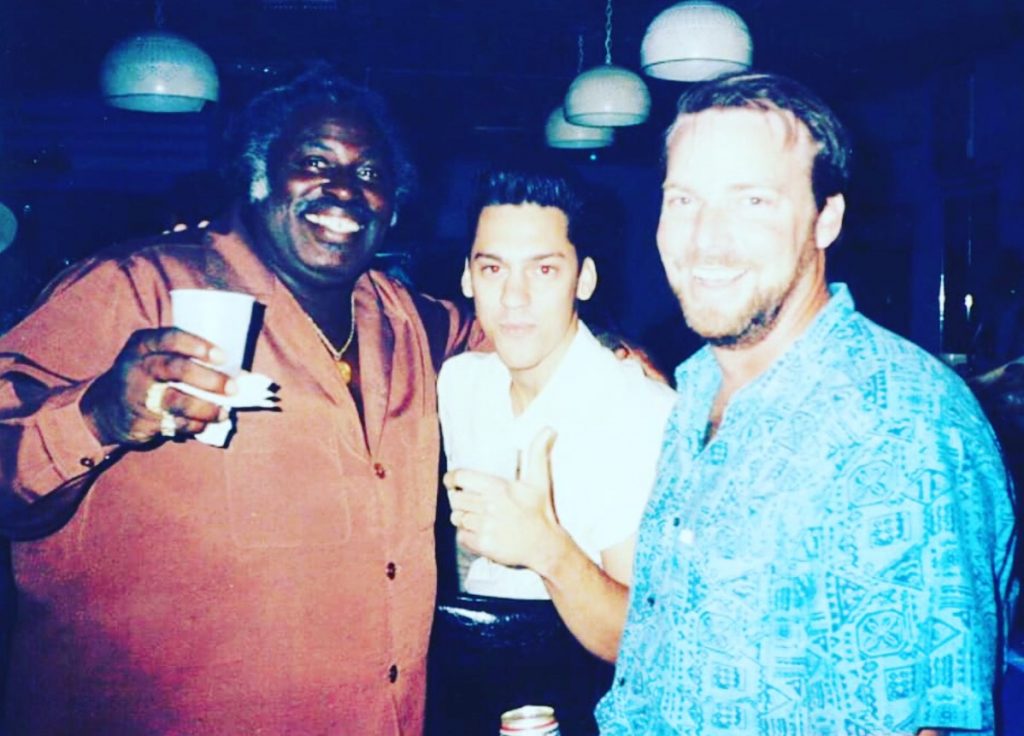 FLASHBACK FRIDAY HOUSTON: under-age polaroid in the 3rd Ward hood on Scott St. at Etta’s Lounge in Houston w/ blues-gospel shouter legend Big Robert & my fav Irish ☘️ Saint Rory Miggins of Local Charm fame. This was taken on a Sunday Raffle night where we’d buy a 1$ raffle ticket at the door & the club wud raffle off big blocks of government cheese & 40 oz Malt Liquor cans of beer. Rory was actually shot by some gangster comin outta Etta’s a week after this, but luckily it went straight thru & didn’t hit any major arteries. If my mama would’ve known I was hanging out there she would’ve whipped my ass. This was about 7 years before white college kids started hanging out there & I only knew about it then from Rory who took me there & from original Antone’s owner Clifford Antone who had me on a quest to “listen to some real blues guitar players kid!”. I met all the Ghetto Boyz,(face, bill & their whole crew), Grady Gaines,(sax man for Little Richard), & Johnny Guitar Watson there for the 1st time. Lots of dancin, drinkin, smokin & illegal shenanigans goin on. Real old school Houston sh*t for sure. RIP to both Big Robert & Rory in this pic & hope y’all are sipping Courvoisier & listening to Johnny Copeland. 🙏❤️