HOW MUCH MONEY IS ENOUGH? (from an old school hardcore Astros fan)i 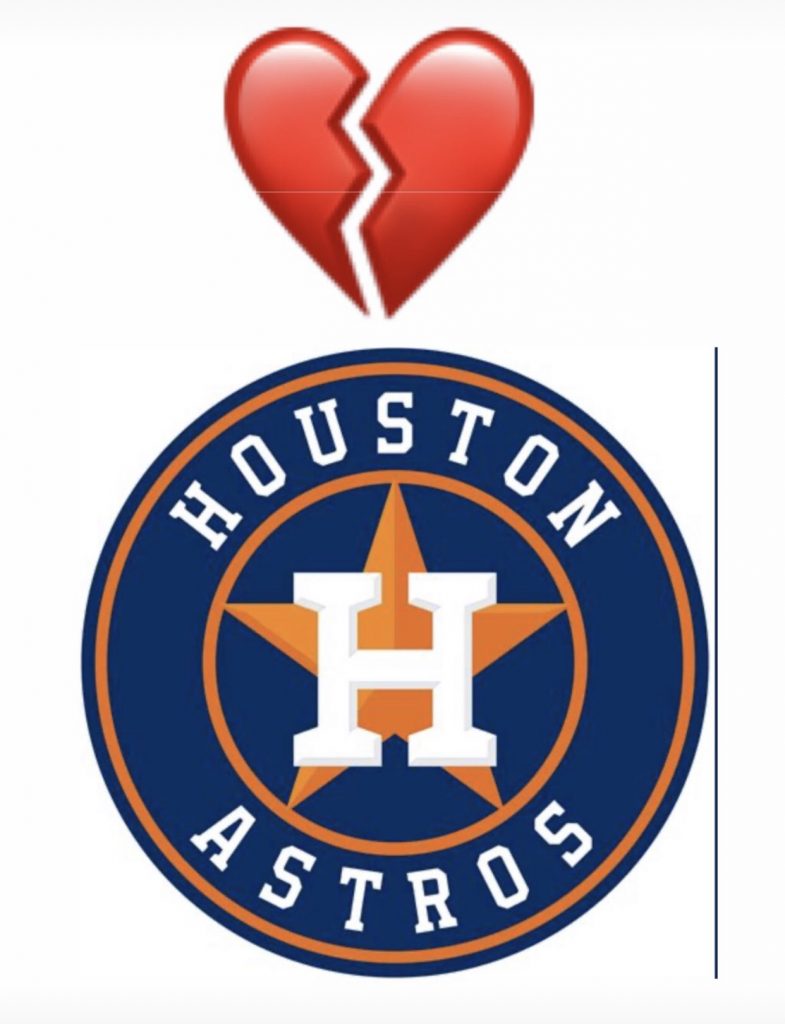 HOW MUCH MONEY IS ENOUGH? ⚾️⚾️⚾️⚾️ Read at your own risk. Just like most of the folks who are from either Houston or towns in & around that area, the Astros have been our heroes since we were little kids & old enough to know what baseball was. Like many Texans, I literally don’t remember a time in my life without the Houston Astros. I didn’t just move to that area & adopt the team. I never went years without watching. I came out of the womb a die-hard Houston Astros fan going to games at the Astrodome. Ok, now that we’ve established that, I’ll spare us all the memory lane BS w/ all the players I’ve met & partied with, the season tickets, the legendary games I went to & my relationship w/ Astro Lew Temple & asst GM Rob Matwick. Feel spared? I didn’t think so.

I’ve been using baseball for the past 4 years, like an addict uses alcohol. Every since the term “fake news” arrived on the scene in 2015 by Roger Stone & empowered a sleeping apolitical giant of a base w/ faux macho sports team-esque BS that stripped us all of a basic rule book, I’ve used baseball to escape. Being in an abusive/dysfunctional relationship w/ this monster in the White House, who I knew was a sh*tty corrupt business guy since reading his “Bankruptcy Corruption” headlines in the papers while on tour in NYC in the 90’s, now turned sh*tty corrupt politician, well, baseball has been my 8-ball of cocaine, my 15 yrs old bottle of Bushmills, my Cuban cigar & my 3am junk food. It used to not be this way, but for all you Star Wars & Marvel/DC nerds, baseball was & is my escapism.

After watching over a 100 games in 2019, mostly on my MLB App on my phone while on tour all over Europe, on Ryan Binghams tour bus, in my bed on the back of our bus, in hotels across the country, it’s now occurred to me that what’s happened to politics, has happened to baseball. I’ve been screaming at the top of my lungs to a bunch of GD deaf people for years that Big Business has destroyed America. Not the United States government, but the corporations who own all of its players. Traitorous multi-corporations who have no allegiance to our country or our labor force have spent millions swaying the public media narrative & infiltrating & propagandizing unknowing regular hard working Americans to believe that Big Business is good. To quote   Michael Douglas ’ character Gordon Gecko in the film Wall Street “greed is good”. This concept of greed that America has not only accepted as normal, but defends & blatantly brags about is why we are where we are right now. The mafioso/gangster rap ethos of “f*ck you, I’ve got mine & I did whatever I had to do to get it!” has officially seeped in to every crevice of our culture/society. Politics, yes, we all knew that. Music, sure it has, look at what the corporation’s whose monopolies on radio/record companies are shoving down our throats compared to even 20 years ago. This goes for films, plays, art instillations, poetry, books, you-name-it. Now greed has penetrated Sports so boldly & the stakes for corporate profit are sooooo high that cheating  is now the new norm. I’m a student remember?Save your Black Sox & 8 Men Out historical references for someone who cares, cuz we all know it’s NEVER BEEN THIS F-N BLATANT.

So yea, greed is destroying us. The Russian govt. & all the little limp dick governments around the world who hate us are sitting back watching Nero use greed to publicly destroy all of our cultural accomplishments while Rome burns. We’re f*cked. The next election will be full of truthful online hackers & lying online hackers & the greedy multinational corporation‘s who are trying to get their politicians in place to do their bidding will make sure that we don’t know the difference.  Same thing in pro sports. The greedy bastards who’ve put so much money, so much power on the line & who have robbed our country of our greatest national pastime will be boldly doing the greedy bidding in front of God & everyone. It’s f*cking over. One more thing to say to Astros fans: don’t apologize for JACK SH*T. Don’t let the haters make you feel bad for one single solitary GD thing. They can point out the obvious to their blue in the face, but this was none of our doing, so take zero sh*t from them. We know how great our players have been & how hard they’ve worked & wether this started with the players or it started w/ AJ himself, we have zero to apologize or feel bad about. On the other hand, don’t be like Trump & scream “witch hunt”. Don’t be upset that “we got caught” & “everyone else was doing it”. Be upset that this BS even happened in the first place. Be upset that no one in America is asking this question “HOW MUCH MONEY IS ENOUGH?”. 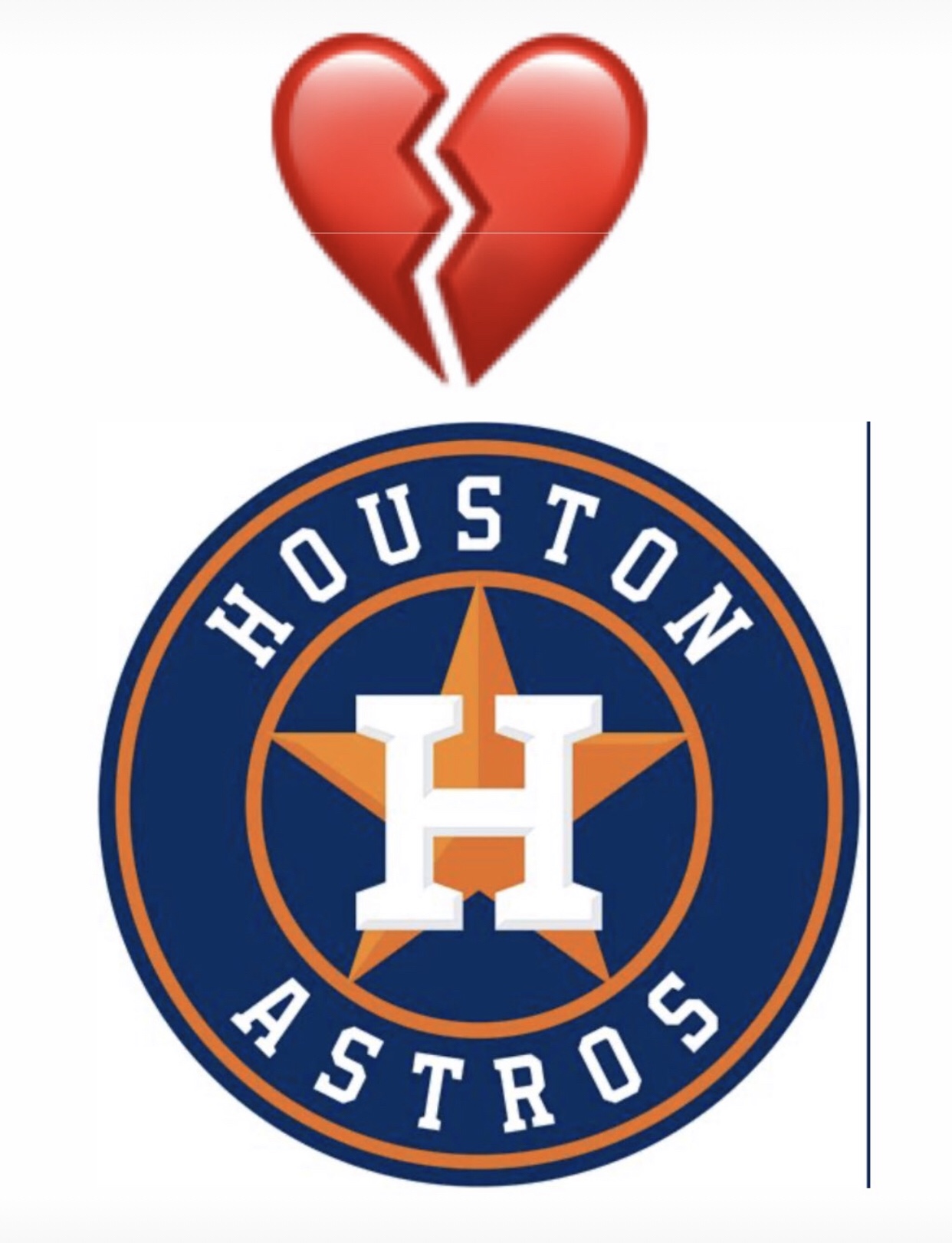